Customer Experience for Mobile is More Important to Your Business Than You Might Think.

Customer Experience for Mobile is More Important to Your Business Than You Might Think. 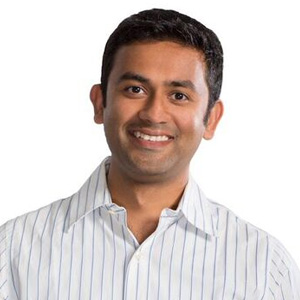 Before we dive into the nitty gritty world of Hybrid vs. Native Mobile Apps, there’s one aspect of mobile that you should be aware of. Mobile Phones are very personal devices. Have you ever lost your phone and said to yourself, “Oh well, I’ll find it another time. It’s just not that important.”

Your mobile device is with you, quite literally, every minute of the day. And if the device is with you constantly, it needs to be responsive and reliable. It should respond quickly and give you the answers you need as soon as possible. These are the expectations of all mobile users.

While 79 percent of consumers would retry a mobile app only once or twice if it failed to work the first time, only 16 percent would give it more than two attempts. Poor mobile app experience is likely to discourage users from using an app again.

You might get one chance to get it right. But you almost certainly won’t get a second. While there are a lot of advantages to using hybrid, customer experience for mobile should be a primary consideration.

A native app is a smartphone application developed specifically for a mobile operating system (think Objective-C or Swift for iOS vs. Java for Android). Since the app is developed within a mature ecosystem following the technical and user experience guidelines of the OS (e.g. swipes, app defined gestures, left aligned header on Android, centrally aligned header on iOS, etcetera), it not only has the advantage of faster performance but also “feels right”.

As a company embarks on the task to build a new app, the user experience specific for that OS become of critical importance to the mobile presence on the market

Hybrid applications are, at core, websites packaged into a native wrapper. They look and feel like a native app, but ultimately outside of the basic frame of the application (typically restricted to the controls/navigational elements) they are fueled by a company’s website.

Time to market or do it right?

First, if a company can wait six months or more before the app is launched, a native approach makes the most sense. Native applications have the best performance, highest security, and best user experience.

However, if the desired time to market is less than six months, then hybrid could be a better alternative because the app can be built in one source code, can be released across platforms, and development time and effort is considerably less as compared to that of native applications. 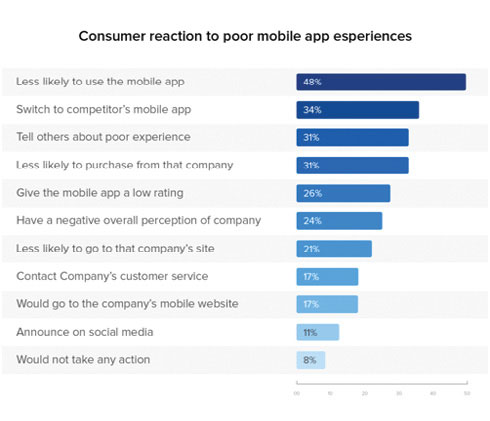 Importance of the app’s performance

Even the most vocal advocates of hybrid applications are forced to admit that native applications win the war in performance. A native app is faster and more reliable by its very design. As users navigate a native mobile app, the contents, structure, and visual elements are already on their phone, available for instant loading, and thereby providing a seamless experience. This is akin to downloading most of a website’s static content to a user’s phone at once which is then available for instant loading regardless of their phone’s internet speed.

In contrast, a hybrid app has only a wrapper that is downloaded to the user’s phone (which may or may not contain all the navigational elements) with most of the data being loaded from the server. 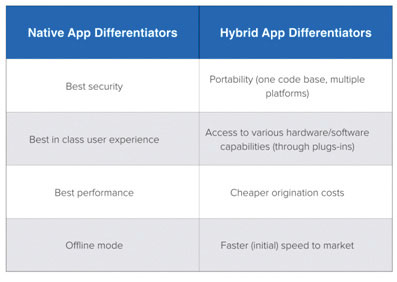 User experience – a critical differentiator in the Native vs. Hybrid debate

User experience is the key to an application’s success. Fifteen years ago, many executives disagreed with this assertion (some still do), perhaps with good reason. At that time, most websites had a poor user experience so it was not a differentiator. Consider how Apple, Amazon, Microsoft, and Yahoo’s websites looked 15 years ago, for example.

So important is the user experience for mobile app users that 92 percent of all customers will have some sort of a negative reaction to the app: from never using it again to switching to a competitor’s mobile app, giving the app a poor rating in the app store, and so much more.

All this background is needed to understand the user experience trade-off when choosing between native and hybrid options. As we saw above, a native application is designed for a specific operating system. As a company embarks on the task to build a new app, the user experience specific for that OS become of critical importance to the mobile presence on the market.

That’s one of the main appeals of a hybrid app: you build it once and then you release it across multiple platforms. One UI – nice and simple. Additionally, you do not have to maintain two different code bases. All of us know that an iPhone app is written in Objective-C or Swift while Android apps are written in Java, and they are not transferable (i.e. – they need to be rewritten). That means hybrid apps are, one, easier to build; two, take less time to market, and three, maintain one code base.

The trade off is the user experience. The problem with a hybrid app is that even the most brilliant user experience architect cannot truly build an app that caters to the two dominant user types: iPhone users and Android users. Their style guidelines are simply too different, often times to the point that from a design perspective any decision becomes a compromise which, on a case-by-case basis, must be weighed against all other strategic and tactical factors.

• Single code base across multiple platforms.

• Don’t have to update each app in the app store to wait for approvals.

• You can use your existing web talent and don’t need to bring on additional resources.

• Don’t need to do any API development since it’s all handled via the web.

The only time you should consider using a hybrid web app

• If you have less than four months to develop an app, and you want to test a limited private market on the viability of your app, then use Hybrid. If the test works, then move to native as soon as you can and show it to the world. If it doesn’t work, you’ve saved yourself time and money.

• If an executive pushes to do a web app for strong reasons, make sure they’re aware of the trade-offs.

Speed to market, one source code, cross-compatible web technologies, easy updates, availability of resources, and lower (initial!) budget costs make hybrid applications very appealing. However, even with 4G network coverage most phones today are not at the point where a seamless hybrid app experience is actually possible. In the long run, the biggest detraction of hybrid apps is that a company will likely spend more time fixing and tweaking the app because of user complaints about UI elements or performance driven issues.