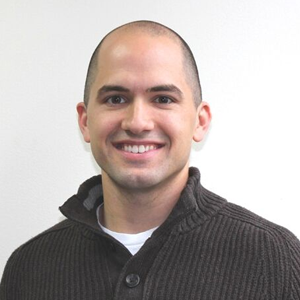 Think about all of the ways the average citizen interacts with government on a day-in and day-out basis.

If you asked a random citizen on the street, they might say they interact with government may be once or twice a month, be it to pay their utility bill, or to pay a parking fine, or to sign up for some activity.

Most would be shocked to know that their interactions with government–at least indirectly–potentially number in the hundreds each and every day.

Think about it: every road they drive on, every sidewalk they step on, every building they enter has either been codified, built, funded or maintained by at least one governing entity, if not several. The groceries they purchase at the supermarket or the clothes they buy at the mall are taxed by government to fund various programs. Each restaurant they dine in has been inspected and–hopefully–approved by government to keep us safe and healthy.

But the reason these interactions are not immediately top of mind is because, for the most part, they work. Local government workers, often behind the scenes, perform their daily tasks remarkably well to ensure our communities run smoothly and operate efficiently.

The crucial wording here is “to solve local problems.” By extension, we can assume that unless something is wrong that directly impacts people and their families, their safety and their livelihood (jobs, hobbies, etc.), most citizens go about their daily lives with the prevailing notion that the government in their community is doing right by them.

And therefore, it’s often quite hard to get citizens to be involved when there’s not a red-button issue that they immediately feel or see the effects of to rile them up. It’s not that they don’t care,it’s that they trust there are people in place within government who were hired to do a job, to do it right, and to make their communities the best they can be.

Citizen engagement–that ever present buzzword in government–is reliant on people who care about certain issues getting involved.

But a problem exists when people equate their interactions with government to friction-filled events. People begin to voice their ideas, thoughts and opinions far more when they believe they’ve been unjustly or inadequately served.

This inconsistency between public’s trust in government to “solve local problems,” and citizens equating most of their interactions with government to unpleasant experiences is likely attributable to government’s overreliance on outdated technology and/or processes.

The DMV, for instance, is unpleasant because we compare that experience–the lines, the uncomfortable seats, the paperwork–with, say, our experience with Amazon Prime and the fact that we can do all of our Christmas shopping from our phone and get it delivered to our doorstep in two days.

Government likely will never operate like Amazon, but it should carry a mandate to update technology to reduce the friction points citizens often experience with government. There is a hard ROI to be had from investing in technology that reduces the friction of government-citizen interactions.

Government must also embrace technology that gets citizens more involved in those times when friction does not exist, but decisions that could ultimately affect the community are under consideration.

Facebook and Twitter are no longer good enough when it comes to government’s social media presence. And government should think and act more like a marketing agency to not only drive awareness to its “brand,” but to also get people that are otherwise disconnected with government involved in events and decisions that will ultimately shape their future opinions of their interactions with government.