Getting to the Next Level

Getting to the Next Level 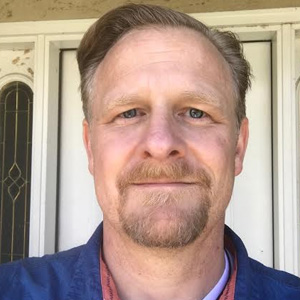 You’ve just accepted a golden position to create the IT applications blueprint and execution plan to chart the course for IT investment over the next 5 years.

The company you’ve just joined is a complex, highly vertically integrated and rapidly growing one, with entrepreneurial roots, and a fantastic reputation in its markets. It has hit its second wind— now on pace to double every 2 years. Somehow this 15-year old startup has learned to thrive in an environment of constant product and service innovation, high-touch customer service, in a very competitive environment, in a heavily regulated industry. What impresses you most about the company is how aggressively they reinvest their profits into their business and keep a sharp eye on returns.

This reinvestment strategy has worked well for new products and markets, but the IT investment has been light as a percentage of sales. As a result, the company has managed to grow in size and complexity faster than information systems have been able to keep pace. Once state-of-the-art information systems acquired over the prior 10 years have simply not kept up with the expansion of new products, markets, and ways of engaging those markets. So, now it’s time for IT to find a new gear to deliver more with less and faster, and lay the foundation for flexibility and responsiveness to product and market change in the future. This story is not new, but for Ultradent, IT modernization is a top corporate priority.

If the company’s own growth were not reason enough to accelerate the need for more IT investment, the system vendors are applying pressure of their own. They are sprinting to move their offerings to the cloud—with or without their current customers. During your interviews, you’ve learned that senior IT management are sold on the potential benefits that new generation cloud and mobile applications offer generally, but they need a solid plan and a solid ROI. They know that ERP, PLM, CRM, HCM implementations— even in the cloud—remain monumentally expensive and risky projects.

Senior IT management and you have astutely negotiated a generous base salary and a very healthy bonus tied to your strategy’s ability to modernize existing systems, while simultaneously reducing TCO across the application portfolio as a percent of company sales. The first 2 million dollars will be funded by the corporation, but the rest of the transition to the cloud must be self-funding.

So you start by asking the really important questions: Where to begin? What to move to the cloud, and in what order? Which technologies or vendors best support the entire strategy? How fast and far to move without impairing this business on a full gallop? How to phase the program in such a way that the savings from the initial project pay for the next?

To answer these questions, you decide to turn all the cards face up. You take inventory and analyze the systems you’ve inherited and you orient them on a grid. The X-axis helps you position major systems along a continuum of on-premise Vs. cloud deployment. You know that many major systems do not have an easy upgrade path to get from on-premise to their own cloud software.

This can mean reimplementation. Reimplementation is risky, expensive, and hard. The Y-axis helps you assess the degree to which your systems are built on proprietary vs. open standards. You know that proprietary systems lock you in to your software vendors, who may be great in some ways, and lacking in others. Open standards-based applications open many opportunities to decompose those systems into smaller bits and shift those bits to other, more optimal places on the grid more on this later.

So after taking inventory, you decide to position your systems like this: 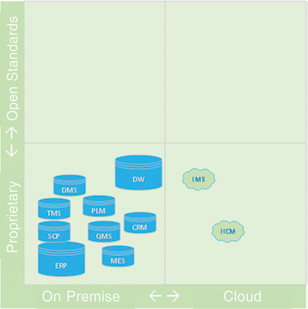 For a fleeting moment, you are tempted by the idea of moving your major systems to the cloud wholesale—one by one—and you know it would be a popular sale.

But you wait for the data to come in. Your risk analysis tells you that these chunks may be too big, too slow, too expensive, and too risky. And at the end of all your effort, the disparate major systems you’ve just migrated to the cloud will continue to operate in a siloed manner. With this much IT capital remaining in the proprietary quadrants of your grid, you calculate that your TCO will be through the roof, and your bonus will be blown. 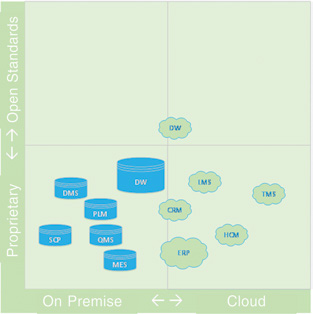 With the cards face up, and after performing many simulations, it’s becoming clearer that you’ll get faster, safer, better aligned results over the next 5 years by decomposing your IT assets into capabilities. Capabilities are meaningful, discrete units of work, integrated workflows, or packets of information that systems provide better than people. A fully-formed capability will also encapsulate identity management and security protocols within it rather than relying on the underlying application to enforce those aspects. Good design principles suggest that you’ll get the biggest return for your IT investment by reusing each capability across the enterprise as many times as possible. Each capability carries its own value proposition within itself. 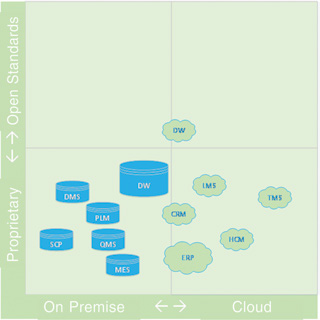 You rank those capabilities in terms of strategic alignment, criticality to ongoing operations, compliance, financial performance, and growing the market to determine and ratify which capabilities to focus on, in which order.

The mortar is just as important as the bricks

Since the IT integration strategy grew organically from stitching together off-the-shelf, monolithic applications using point-to-point integrations, you decide to invest your first million dollars in a coherent, effective, reliable, scalable, high-performing integration strategy, built on open standards. The framework should connect on-premise systems and cloud applications equally well, and should communicate with proprietary as well as open standards.

You immediately go to work implementing the integration framework, re-tooling the business system analysts and developers, and changing the conversation between IT and the business, as you jointly become a capabilities-oriented, rather than systems-oriented IT partner.

Like an expert kayaker paddling skillfully with the current, you are now in command of your transition from on-premise to cloud and from proprietary to open standards, delighting your customers, delivering real business value along the way.